In 2016 Our chosen charity was Bike for Cancer. We successfully  raised £215 in sponsorship by riding London to Brighton in September 2016.

On Sunday 1st October 2017, we will be walking  4 miles, as a group dog walk. Everyone is welcome (with or without a dog)

We are asking for a minimum £2 per dog donation, which will be going to Animal Asia, to support the closing of bear bile farms.

There is a just giving page set up to donate.

(All dogs are kept on lead, so everyone can join in)

Please contact me for location and time details, as well as the just giving link.  Hope to see you there.

A big thank you to all of you that joined us, together we raised £100 which will help even more moon bears. 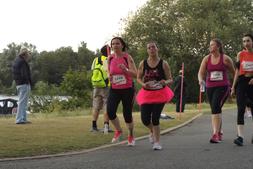 In 2008 I resigned from the metropolitan police in london where I used to seize and care for dogs that are prohibited under the  dangerous dogs act. This involved making visits and seizing dogs, then transfering them to a location, to be assesed by a specialist handler. Most dogs seized would be of the pit bull type. I would also care for the dogs whilst being processed from the police station to the location. I have also taken part in dog fighting raids. This is where a planned dog fighting event takes place and a raid is carried out by the police to stop the fight and remove the dogs.

I have frequently worked with the RSPCA running special events to encourage good dog ownership and micro chipping. I have also run surgeries for dog owners who's dogs have training or behaviour issues. 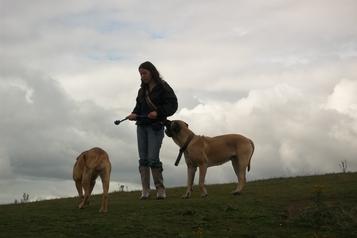 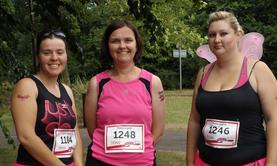 With 14 years of experience in the dog training field, from basic obedience through to serious behavioural problems and Specialising in bull breed aggression, both Inside and outside of the home. Every dog is trainable.

I am a fully qualified  dog trainer and behaviourist.  Achieving a level 2 in canine  health, welfare and behaviour.

I am also a fully qualified canine first aider and able to administer emergency CPR.

I also have a vast knowledge on particular breed traits.

I have also had specialist training which deals with breaking up dog fights, in the safest and easiest way that prevents unnecessary injury, to other animals and people.

I frequently take part in charity events. These events are to raise funds and awareness for  many different charities including, Battersea cats and dogs home and also several smaller donation only based rescues.

Thank you to all of you that have supported our 2014 charity events.
We raised a total of £425 for our 2014 charity's, guide dogs for the blind and MacMillan cancer care.

In  July 2015 a small team of ladies run the Peterborough race for life, to raise awareness.

I also run a fun dog show at the Newton village fair, to raise funds for repairs to the local church.

In 2016  again a small team of ladies will be running the pretty muddy 5k, at Stamford.

Due to last years success I will also be running 2 fun dog shows for the village of Newton, in Wisbech.  Feel free to contact me for dates and times, to come along and visit my stand, or join in the dog show.